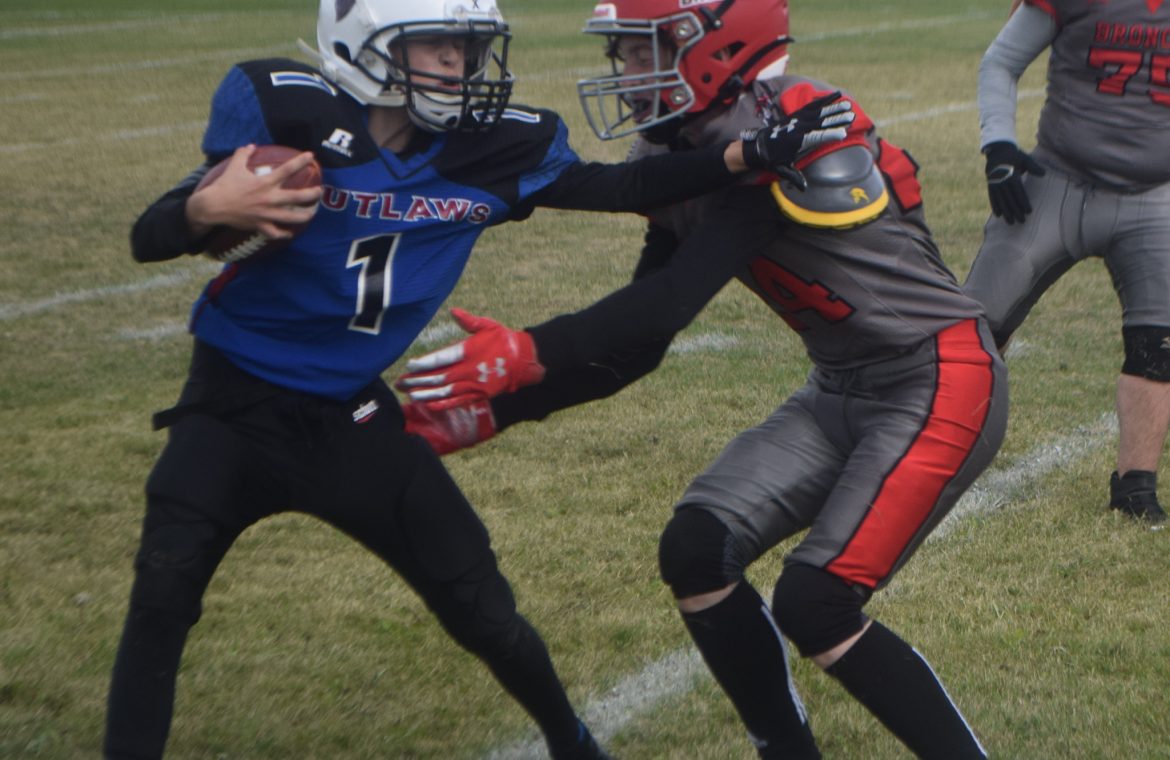 The High Prairie Outlaws faced their toughest team in the season in the Mighty Peace Bantam Football League.
At home Sept. 18, the Outlaws were bucked and blanked 68-0 by the Grande Prairie Broncos.
The Broncos are the feeder team for the Grande Prairie St. Joseph’s Celtics, ranked No. 1 by Football Alberta for Tier II high schools with enrolment of 750-1,249 students in the rankings Sept. 19.
Grande Prairie scored four touchdowns each in the first and second quarters and led 54-0 at half time.
Outlaw coach Cody Herr says the players persevered.
“It was a good all-around effort by the Outlaws,” Herr says.
“They never gave up and they didn’t get down on themselves.”
The Broncos are the top team in the league and have been for the last several seasons, he notes.
Herr says all was not lost.
“We had some good series and some positive plays that we can hopefully build on and be better as a team.”
After visiting the Wembley Bulldogs on Sept. 25, the Outlaws host the Peace River Prospectors on Oct. 6 at 4 p.m. in their final home game of the season.