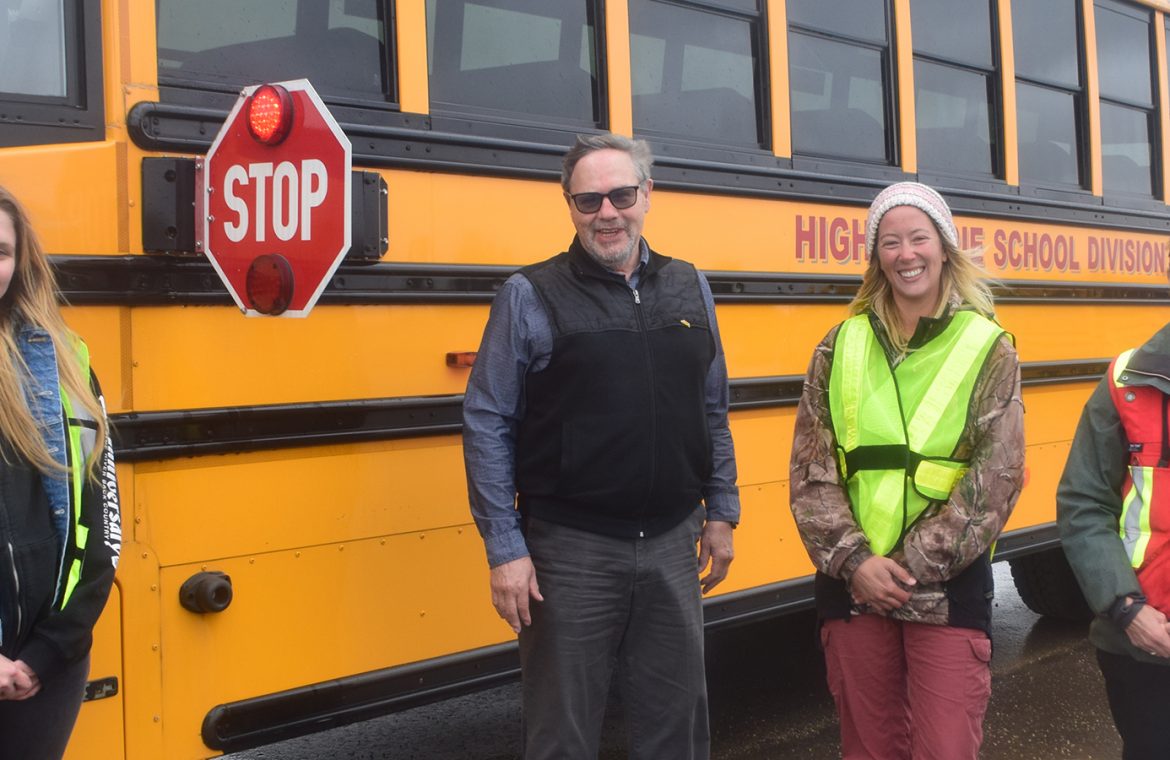 Students are back in school and buses are on the road again.
School divisions remind motorists to be careful around buses and students along roadways, says Harry Davis, director of Transportation for the High Prairie School Division.
“We ask motorists to drive safely, be alert and take in the big picture when you see a school bus, stay back, slow down and show patience,” Davis says.
“Think about the students; it could prevent a tragic situation from occurring.”
He reminds motorists that the maximum speed for school buses on a highway is 90 km/h.
“Remember, when the alternating amber lights are activated, that means the bus is preparing to stop to pick up or drop off students,” Davis says.
“When the stop arm is extended, alternating red flashing lights indicate the bus is stopped and is in the process of picking up or dropping off students – stop.”
Motorists who don’t obey the law, face a fine of $567 and six demerit points, he says.
“It is illegal to pass a bus when its alternating red lights are flashing,” Davis says.
“Unfortunately, a number of motorists continue to break the law by passing while the buses lights are activated.
“It is inexcusable and very disturbing.”
Camera systems are installed on buses in HPSD and other school divisions, he says.
“They serve as another set of eyes for our drivers, support our enforcement partners and takes the ‘he said – she said’ out of the equation,” Davis says.
“Motorists should do a mental and physical inventory of themselves prior to getting behind a wheel to ensure they are prepared to operate the vehicle safely while keeping in mind school buses and students around roadways and being transported,” Davis says.
He thanks all enforcement partners for their great support to school divisions to protect students by patrolling areas where buses operate and at schools.
“We also appreciate all the motorists who show respect for school bus while they operate,” Davis says.
Motorists are also reminded to respect speed limits in school zones and any patrols during school days.
School zones are in effect during school days in High Prairie, Joussard, Kinuso, McLennan, Donnelly and Falher is all day from 8 a.m. to 4:30 p.m.
School zones in Slave Lake are effective from 8 to 9:30 a.m., 11:30 a.m. to 1:30 p.m. and 3 to 4:30 p.m.
Bus drivers take great care to transport students safely and respect other motorists on the roads, Davis says.
“All bus operators receive extensive initial and follow-up training prior to taking a bus on a route,” Davis says.
“They take a personal approach to their tasks, knowing they have some very precious loads – children. . .tomorrow’s future.”
However, like most divisions, HPSD continues to recruit new bus drivers.
“We are challenged in covering all our routes and I invite anyone interested in a very rewarding position driving a school bus to contact the school division.” The phone number is [780] 523-3337.

Don't Miss it Terry Fox Run will be held at McLennan – virtually!
Up Next Winagami Lake waters post health risk to humans