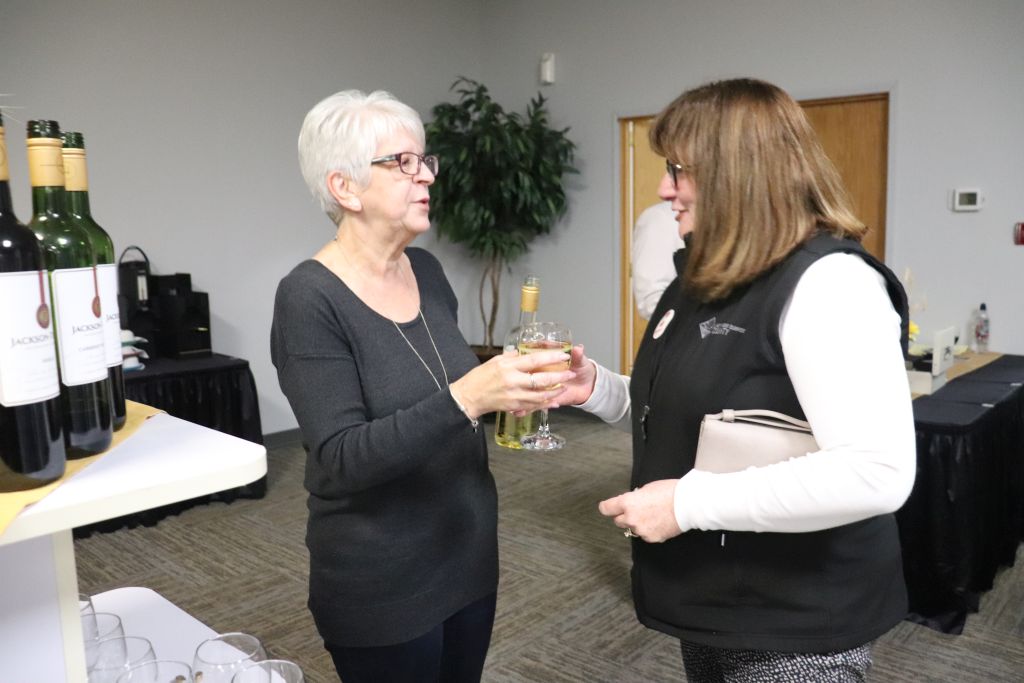 The Peace River Chamber of Commerce celebrated Small Business Week with a wine and cheese social.

Keynote speaker Shannon Ward, of OnTrack Sales, presented on how entrepreneurs can change their dysfunctional relationship with sales.

Ward has been a successful entrepreneur for over 15 years, and built her company On Track Sales from zero to seven figures in three short years. She has previously taught sales at the University of British Columbia.

However, it was watching her mother’s business fail after five years that made her want to teach people how to sell more, and better.

“If she had had someone like me to tell her what to do in terms of sales and guide her, that failure would not have been an option,” Ward says.

Ward believes no one should have to fail. However, she says without effective sales, a business cannot survive.

She quotes Gary Vaynerchuk, who says, “Money is oxygen. You can produce the greatest [service or thing] and if you don’t know how to sell it, you’re out of business. If you’re not capable of selling, there is really nothing else that matters.”

Ward says sales, like any other skill, is learnable.

However, most people have to get past their negative beliefs about salespeople, such as that they are slimy, or they lie.

“The culture that we were raised in vilifies salespeople. The interesting thing is that it’s a false belief,” Ward says.

Ward has been successful because she had a realization that was transformative to her life and her business.

“Sales is an act of love,” she says, making sure to point out this only applies if you are selling the right thing to the right person.

“It is the most noble profession if you’re selling something that you really believe in.”

Ward says framing sales in a positive way is the first step to getting better at sales.

“That energy comes before you ever say a word,” Ward says.

“I do work with a lot off sales teams who haven’t necessarily chosen sales, and it’s so interesting how many people fall into sales. Those are my favourite type of people, because they’re the ones that are carrying around this ‘Oh gross, I’m doing this gross thing, but I guess I have to do it to get a paycheque.’ If we can turn that around to, if you believe in the thing you’re selling, then go and do more because you’re actually helping people, you’re actually doing something positive in the world and that becomes an internal motivation because it’s more than just about the money.”

Ward focuses on three elements of sales: clarity, connection and choice, and gives actionable tips people can use right away so not only will they feel good, but see success in their sales.

Attendees at the social got to try their networking elevator pitches, while learning how in order to attract some clients, they would have to repel others.

“Not everyone is supposed to buy from you,” she says.

In fact, trying to be everything to everyone can be very expensive, Ward points out.

Instead, she recommends picturing your ideal client as an actual person, and selling to that same person over and over again.

She also recommends finding who has “the highest potential for transformation with what you do.”

Not only does she say businesses should find the clients experiencing the deepest “pain,” but also the most potential for success if they buy the thing you’re selling.

In this way, the sale leaves people better than you found them.

Ultimately, she says sales are made hard or easy by the salesperson themselves.

“It’s completely up to you and how you see things,” she says.