Over 200 students in Peace River joined a province-wide walkout on May 3.

The walkout was part of a day of action across Alberta.

Thousands of students from at least 90 schools, including 40 students from Charles Spencer High School in Grande Prairie, walked out of school for 20 minutes to oppose changes to education legislation that will potentially impact the privacy of students in Gay Straight Alliances (GSAs).

The changes to the legislation were promised by the new United Conservative Party government during the election.

GSAs are student-led clubs that are meant to provide a safe and supportive environment for lesbian, gay, bisexual, and transgender students, and their cisgender heterosexual friends and allies.

Peace High has a GSA, while Glenmary School does not.

Students involved in organizing the Peace River protest contacted the Express directly and provided a copy of the written notification given to teachers to inform them why students were leaving the classroom.

The notice highlighted the GSA issue and broader concerns about potential changes to the quality of education in Alberta.

It read in part, “On Friday, May 3, from 9:30 – 9:50 am, I will be joining thousands of students across Alberta to protest the new UPC government’s proposed changes to the existing Education Act and to Bill 24, which would basically force teachers to inform parents if their students joined school sanctioned GSA groups.

I, and my fellow students in Alberta feel that these proposed changes will have a negative impact on all students’ education in Alberta, and in the case of Bill 24, could put students’ lives in jeopardy.”

The UCP has promised to replace the former NDP government’s School Act, which provided new legal protections for GSAs, with the seven-year-old Education Act.

The Education Act, originally proposed by the Progressive Conservative government and never proclaimed, does not include the new requirement passed in 2017 for school principals to grant requests for GSAs, or the requirement for private schools to have policies for protecting LGBTQA students.

While the older Education Act does not necessarily make it mandatory to inform parents if a child joins a GSA, it no longer prohibits schools from telling parents when their child joins a GSA and leaves it up to the discretion of schools and teachers.

It has been widely reported that LGBTQA rights advocates say notifying parents of their child’s sexuality, effectively “outing” students, could lead to potential abuse, homelessness, or suicide in LGBTQA youth if their parents do not approve.

Amid social media claims that students who participated in the walkout were told to protest by teachers, or did not know what they were protesting and just wanted to skip school, Peace River student Catriona Goldthorpe responded in a statement on Peace River’s General Forum on Facebook.

“There has been some controversy over our protest.”

“For at least a week before, we were told what this protest was for and were given the option to protest or not,” Goldthorpe wrote.

“This was not created by the teachers but by us, the students. It was a voluntary protest that only lasted 20 minutes. We were protesting Jason Kenney’s Education Act which includes changes such as budget cuts, larger classes, fewer teachers and cuts to specialized programs and special needs programming, and mandatory parent notification of any student who joins a school GSA. Some of us disagreed with these changes and decided to voice our concerns (which we have a right and civic responsibility to do.)”

“Overall we are happy with our turn out and we have made our points. Thank you to those who are listening and supporting. Movements like these always have negativity directed to them but please be respectful of our opinions and students,” she added.

“To me, honestly, I don’t think that teachers or the government has the right to decide whether or not a parent needs to be notified. I think that should be the child’s decision,” said one student who granted an interview to the Express on the condition they could remain anonymous.

“I think we are more informed than a lot of adults. We are in social classes, we have all these classes where we can talk about these things.

And we’re talking amongst ourselves in this instance. We have been able to form our own opinions,” the student said.

“With this protest, there were texts sent out, there were social media posts out there, because social media is what is helping us to create change. We were able to reach a large number of people. And in those texts, yes it was very descriptive that this was only going to be a 20 minute walkout to prioritize our education. It was also very specific on what we were protesting.”

“I think we are the future. We need to step it up and fight for what we want in our future,” the student added.

“The most important job I have as Education Minister is to listen,” she said.

“I will have an open line of communication with everyone who has a role in our province’s education system.”

“Our government has been very clear: we do not support the mandatory parental notification, or ‘outing’ of any student,” she added.

Premier Jason Kenney responded to the walk-outs as well.

“I’d suggest it’s better for them to do rallies or protests after school hours and not during them. We want to make sure young people are actually learning in class instead of doing politics.” 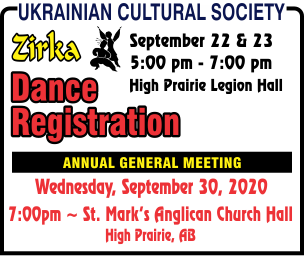