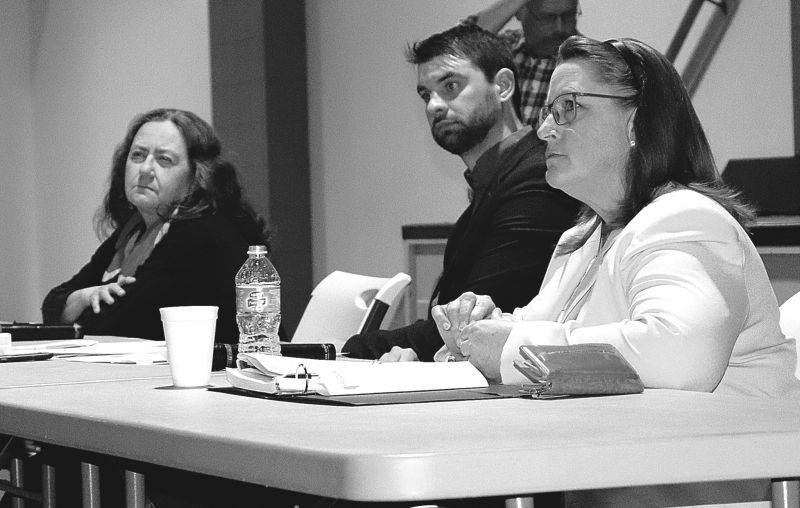 Besides questions about the ever unpopular carbon tax, the issue of lack of access to healthcare for pregnant women was another hot topic at the La Crete election forum.

Three candidates for the Peace River provincial constituency attended the all candidate’s forum organized by the La Crete & Area Chamber of Commerce on Tuesday April 2. The forum drew a large crowd to the Heritage Centre. It was moderated by Willie Wieler.

“They can find the resources to kill babies,” one audience member at the La Crete forum asked. “They can find the doctors to kill seniors. So my question is, why is there not a practical answer to having babies? There was a baby born in the parking lot and we all just keep talking. We can abort babies and kill seniors but we cannot have babies.”

“I know in this province there is a divide on issues of life. I myself am pro-life,” UCP candidate Dan Williams said. “It’s a deeply held belief of mine and I respect the dignity of life through the entire lifespan of the child all the way until natural death. But I understand that in our country today that is it’s a divisive issue and my party even has divisions on that.”

“There needs to be a precedent or practical answer for how we can lovingly care for young mothers who are in difficult straits, and for how we can care for young babies as well. I hope that we can do things that our party has put forward, on having support for women who are victims of rape. There are a lot of other innovative things we can do to care for people who are in difficult spots,” he said.

“34 years ago I was an unwed mother of 17,” FCP candidate Connie Russell stated in what was clearly an emotional moment.

“And I decided to choose life. I have never regretted to choose life for my son, who is now in Africa as a missionary. I believe that God has a plan or purpose for every child that’s conceived, and often, for whatever reasons, whether it be hardships or whatever, a lot of mothers find themselves with nobody to help.”

“I think we need to create a society that’s willing to help these girls, rather than sending them off to the abortion places to be able to get rid of the baby that isn’t working for them. I am definitely pro life whether it’s beyond born or elderly.”

“It is a divisive issue so the only thing I am going to say is that this is a woman’s issue, and it’s an issue of a woman’s control over her own body and what she chooses to do, and no government should legislate that for her,” said incumbent MLA candidate Debbie Jabbour.

The NDP government brought in “bubble zone” legislation to create protest-free zones around abortion clinics in May of 2018. No UCP MLAs were present to vote on the legislation.

UCP leader Jason Kenney had previously said he would abstain from voting on the “hot button” issue.

The only MLA to vote against the bill at the time was Independent Derek Fildebrandt. Fildebrandt, who is now leader of the Freedom Conservative Party, had stated his concern the legislation intrudes on the right to free speech